skip to main | skip to sidebar

In a Dec. 11, 1963 letter to former IDA Vice President and Director of Research Albert Hill. Princeton University Professor John Wheeler had described the purpose of IDA’s “Project Jason” Division in the following way:

“Project Jason of the Institute for Defense Analyses has served as one mechanism to draw a new generation into defense issues. It has had the great advantage of making defense work seem to scientists not as a second rate activity, as it is often regarded in other countries, but as something deserving the attention of the very best minds.”

On Friday, Oct. 20, 1961 at 1710 H Street NW in Washington, D.C., for example, IDA’s Jason Division had held the initial session of its annual fall meeting; and at 9:00 a.m., Seymour Deitchman of IDA’s RESD Division had spoken and led a discussion about “Problems of Limited War.” Then, at 11:30 a.m., Dr. Michael May spoke and led a discussion about “Limited War Technology.” After a lunch break, the U.S. university professors who were members of the Jason Division then heard Richard DuBois of IDA’s Weapons Systems Evaluation Division speak and lead a discussion at 3:30 p.m. on “Carrier Tactical Forces Through 1963.”

The following morning at 9:00 a.m. on Sat., Oct. 21, 1961, Dr. M. Ruderman and Columbia University Professor of Physics Henry Foley, both members of the Jason Division, began the second day’s session of Jason’s annual Fall meeting by leading a discussion on “Midas.” Then at 1:00 p.m., former Columbia Professor of Physics Charles Townes led a discussion on “CORWA.” And the second day’s session ended with a 2:45 p.m. discussion led by Dr. Paul Hansen of IDA’s Weapons Systems Evaluation Group on the “Tactical Aircraft Penetration Study.”


After it became evident to many U.S. academics that the Democratic Johnson Administration’s policy of escalating the Vietnam War in early 1965 by starting to bomb North Vietnam on a regular basis had failed to achieve a quick victory in Vietnam for the U.S. war machine, former Deputy Special Assistant for National Security Affairs and then-Harvard University Graduate School of Public Administration Associate Dean Carl Kaysen had visited U.S. Secretary of Defense Robert McNamara at the Pentagon in late 1965. As Power and Promise: The Life and Times of Robert McNamara by Deborah Shapley recalled in 1993:

“McNamara was looking for `fresh’ ideas when he returned from Vietnam in November [1965 …Carl Kaysen, who had worked in John Kennedy’s White House…recalls visiting McNamara twice in December 1965 in his office….The plan for the barrier went forward in secret. Scientists in a secret group called the Jason Division of the Institute for Defense Analyses would bring in parallel studies to McNamara by the fall of 1966…” 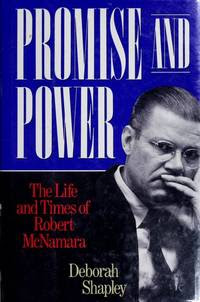 On Apr. 15, 1966 MIT Professor of Physics J.R. Zacharias then mailed out the following invitation to at least one of the U.S. university professors who was a member of IDA’s Jason Division, along with a “partial proposed list” that included the names of former Columbia Professor Townes and then-Columbia professors Garwin, Lederman and I.I. Rabi:

“A group of us have been discussing with the Department of Defense the possibility of conducting a special study of the military and technological options open to the U.S. in Vietnam…. The Department of Defense has shown strong interest in our conducting such a study, and discussions with the Department are now under way… We are planning an exploratory discussion meeting of the group on Wednesday, May 4, at M.I.T. and would be very pleased if you could join us. The meeting will be held in the Penthouse of the M.I.T. Faculty Club, 50 Memorial Drive, at 9:00 a.m..

“I would appreciate your keeping information about this study confidential.”

The U.S. university professors who were “Jason-East Participants” were next sent a memorandum on Institute for Defense Analyses [IDA] stationery from D.H. Gould of M.I.T. on June 3, 1966, on the subject “June Meetings” which stated:

“The two-week session will run from Monday, 13 June through Saturday, 25 June, at Dana Hall.

“Dana Hall is a girls’ school located in Wellesley, Massachusetts. We have obtained exclusive use of Johnston Hall, a quadrangle of new, air-conditioned dormitories, as well as the adjacent Library building…We have settled on a consulting fee of $150 [equal to over $1,100 in 2018] a day for those participants who are able to accept a fee….P.S. Dr. Zacharias enthusiastically recommends Malcolm Browne’s book, “The New Face of War”."

Prior to arriving at the Dana Hall School in Wellesley, Massachusetts for IDA’s June 1966 Jason Division summer study, the U.S. university professors were also issued a document, titled “Institute for Defense Analyses, Project Jason East 1966: Standard Practices and Procedures for Security”, which stated:

“…Jason East Project members and IDA employees have been granted Top Secret security clearances…Guards will be on duty at the open entrance to the project building on a 24 hour per day, 7 days per week basis…As a General Statement, the importance of complete control of all classified material cannot be overemphasized…”

The 1966 Jason East Summer Study in Wellesley, Massachusetts began at 10:30 a.m. on Mon., June 13, 1966 with a talk by Assistant Secretary of Defense John McNaughton on the “Framework” for the two-week summer meeting. After a 1 p.m. lunch break, C. Thomsson of RAND, G. Parker of RAND, G. Tanham of RAND and George Carver of the CIA led a discussion on “General Background, South and North Vietnam,” between 3 p.m. and 5 p.m. Following refreshments at 5 p.m. and dinner at 6:30 p.m., an evening session was held in which the three RAND representatives and the CIA representative continued the afternoon session’s discussion of “General Background, South and North Vietnam.”

The following morning at 9 a.m. on Tues., June 14, 1966, the Director of the Pentagon’s Research and Development, John Foster, and the Pentagon’s Assistant Director of Tactical Warfare Programs, Leonard Sullivan, led a discussion on “Research & Development,” before breaking for lunch at 12:30 p.m. The next day, at 9:30 a.m. on Weds., June 15, 1966, the Assistant to the Joint Chiefs of Staff Chairman, Lt. General A.J. Goodpaster, led a discussion with the U.S. university professors who were members of IDA’s Jason Division on “Military Operations,” before again breaking for lunch at 12:30 p.m. The discussion of “Military Operations” continued after lunch at 2 p.m. But the afternoon session’s discussion on June 15, 1966 was led by the Assistant Commander for the U.S. Marine Corps, Lt. General Richard Mangrum.

The next day began with a talk, at 9 a.m. on Thurs., June 16, 1966, by General Harold K. Johnson, the U.S. Army’s Chief of Staff, who also spoke on the topic of “Military Operations.” After a 12:30 lunch break, the discussion on “Military Operations” that General Johnson was leading resumed at 2 p.m. in the afternoon. Following a 6:30 pm dinner break, the U.S. university professors were then addressed at 8 p.m. by the U.S. Department of State’s Deputy Assistant Secretary and Vietnam Coordinating Commission Chairman Leonard Unger on the topic “Political Framework.”

The following morning, at 9 a.m. on Fri., June 17, 1966, Colonel Cutler of the Defense Intelligence Agency (DIA) led a discussion on “North Vietnam and Related Subjects,” until the lunch break. When the Jason Division professors reconvened at 2 p.m., the discussion about “North Vietnam and Related Subjects” was continued, although the afternoon discussion was now led by either George Carver of the CIA or Peer de Silva of the CIA. On Sat., June 18, 1966 at 9 a.m., the Assistant Administrator for the U.S. Agency for International Development [A.I.D.], Rutherford Ponts, also led a discussion on “Pacification.”

There was no formal schedule of lectures during the second week of the 1966 Jason Summer Study meeting at Wellesley, Massachusetts. But at 2 p.m. on Mon., June 20, 1966, a general who was the Chief of Staff of the United States Air Force led a discussion on “Military Operations;” and at 9 a.m. on Tues., June 21, 1966, the Vice-Chair of U.S. Naval Operations, Admiral Horacio Rivero also spoke on “Military Operations” when the U.S. professors reconvened. In addition, during the second week of the 1966 gathering of IDA Jason Division members in Wellesley, Johnson Administration national security affairs adviser McGeorge Bundy, CIA official Komer and IDA President Maxwell Taylor were all scheduled to speak to the U.S. university professors at evening sessions.

At this June 13 to June 25, 1966 Jason Summer Study, the U.S. university scientists more concretely developed the concept of the electronic battlefield. As The Jasons book by Ann Finkbeiner noted in 2002:

“The scientists sat around a table on the grounds, `one fine afternoon,’ said Seymour Deitchman, an IDA engineer with experience in Vietnam who was working with Jason; they talked about sensors and aircraft and electronics and `sketched out the general outlines of an electronic barrier system.’…What is clear is that the…Jason study on the sensor barrier became the prototype for the modern electronic battlefield and arguably changed the way war is waged…” 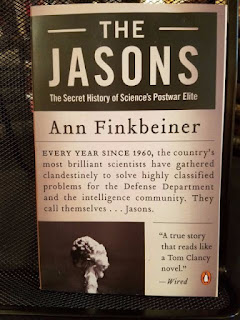 “…The group became the driving force involved with a number of controversial research projects during the Vietnam War…The Jasons…advocated…using some fiendishly deadly new antipersonnel weapons…The Jasons dreamed up an arsenal of fantastic new killer weapons every bit as horrible as anything ever created by the Pentagon research and engineering section…At that meeting and in successive conferences, the Jasons developed a plan for sowing sensors and deadly `bomblets’ across a strip of Vietnam eighty miles long and fifteen miles wide. A similar strip would be laid out along the border between Vietnam and Laos.” 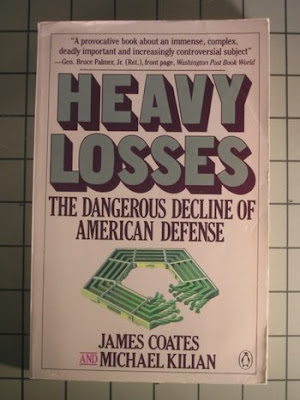